Behind the research: Marta Schoch 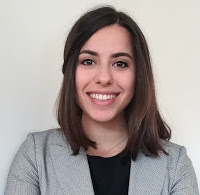 
Marta worked for the programme between December 2018 and August 2019, during the final year of her doctoral studies in Economics at the University of Sussex. She then submitted her PhD thesis in September 2019 and is currently waiting for her thesis defence to be held in November 2019.

Before joining the programme, I was very interested in studying inequality, but it was really this experience that trained me to study issues like poverty and inequality in low-income countries. This research interest motivated one of the chapters of my thesis and my collaboration with the programme’s Ethiopia team on several research projects.

Working with Julie Litchfield and the Ethiopia team trained me to work with rich data on household consumption and indicators of household economic welfare. Working on this project, however, also allowed me to learn about land regulations, migration policy and a variety of topics specific to the context of Ethiopia. Collaborating with Migrating out of Poverty was crucial for me to gain this expertise.

Thank you for all your hard work with the Migrating out of Poverty programme, Marta!

Migrants and their remittances: Patterns and trends from Ethiopia

This blog was written by Yuki Kimura, a Research Assistant at the University of Sussex.
(Email address: yukikimura96@gmail.com)

Given the increasing prominence of migration especially due to climate change and globalisation, deepening our knowledge of who and why they migrate and remit is necessary since migration may be a key way in which individuals and households would be able to escape poverty.

One of the central discussions in the migration literature is over remittances, which is a crucial mechanism via which migration can lift households out of poverty. Theoretical debates over why migrants remit has explored altruism, exchange or self-interest, or the mixture of both “impure altruism” or “enlightened self-interest”[1], as the possible reasons for why migrants may remit.[2]

Another debate focuses on whether there is a trend in how much migrants remit as their time away increases, or more commonly known as the “remittance decay hypothesis”, that is, the longer a migrant is away from home, the lower the probability of sending remittances and also the lower the amount. In this realm, empirical evidence has been mixed, with some studies finding that time has a negative effect on the amount and probability of remittances, whilst others have found a null effect of time.

However, there is also a counteracting effect as time goes on: over time, migrants’ social connections with the community and their families are likely to diminish or weaken, leading to a decrease in remittances. For example, Liu and Reilly (2006) have found that the peak of remittance sending for internal migrants in Jinan, China is between 25 to 48 months.

Preliminary analysis of the data suggests some interesting patterns. We explored the correlations between various characteristics of migrants and their likelihood of sending remittances home, and how much they send.[6] Firstly, not only does the data support the existence of an inverted-U relationship between time away and both the likelihood of migrants remitting and the amount of remittances sent home to their families, it also suggests that these peak at around 5 years.

For example, Figure 1, which shows the predicted probabilities that migrants remit back home against time, illustrates that although the probability of sending remittances home gradually increases as their months away increases to roughly 40% when their time away reaches around 5 years, the probability of remitting then declines as time away from home increases.

Similarly, from Figure 2, which shows the predicted amount that migrants remit back home on average per month against time, we can see that the predicted remittance amount increases gradually to about 5000 Birrs (roughly US$168.92), again at around 5 years before declining as time away increases.

This is longer than that typically found by the literature (2 to 3 years). This suggest that Ethiopian migrants take longer to settle down at their migration destination than we see in other contexts. Alternatively, it may imply that the amount of time it takes for social ties to erode between an Ethiopian migrant and their family is longer: given that kinship and familial ties play an important role in the Ethiopian community, remittances as informal familial arrangements may be more strongly institutionalised in their community compared with elsewhere.[7]

Breaking down the data by gender, we observe some differences between males and females, as illustrated by Figures 3 and 4. Although men and women have similar probabilities of remitting on average, this pattern over time is different.

Firstly, at any given time, a. women have a higher probability of remitting than men (Figure 3) and b. women are predicted to remit a larger amount back home (Figure 4).

Secondly, both the likelihood of remitting and the amount of remittances sent continues to increase for a longer period of time for women than for men: for women (men), the former continues to increase until 65 (53) months and the latter peaks at 65 (60) months for women (men). This may imply that women take longer to set up and establish themselves to be able to remit back home, or that the familial ties they have with their family are stronger than men.

Lastly, marital status matters for women but not for men: married women decrease their likelihood of remitting by 12.8 percentage points compared to unmarried women and they also, on average, remit nearly 2000 Birrs (US$68) less.

This may reflect their limited ability in sending remittances home: there may not be scope for internal migrants to increase their remittances over time due to minimal income compared with international migrants.

Preliminary analysis using the survey dataset on Ethiopian migrants have revealed interesting patterns and trends in their remittance patterns and in particular that Ethiopia migrants increase their likelihood and the amount of remittances for a longer period than suggested by the literature.

It has revealed that women have a higher probability of remitting throughout their time away and the results have also suggested the possibility that familial ties for female migrants (whether it be due to altruism or self-interest) take longer to break down than for male migrants.

Further, international migrants remit considerably more both in terms of likelihood of remitting and the amount remitted, highlighting the differences between internal and international migrants’ capability of sending remittances home. Further investigation into migrant behaviours and their remittances are required to understand how and when migration can play a key role in aiding individuals and households to break out of poverty.

[1] A term coined by Lucas and Stark (1985).
[2] Discussion on motivations to remit available in Lucas and Stark (1985) and in Czaika & Spray (2013).
[3] Stark (1978) and Liu and Reilly (2006).
[4] The Ethiopia survey was collected as part of the Income and Remittances research theme, with the Ethiopia team led by Mr Asmelash Haile Tsegay and the Organization for Social Science Research in Eastern and Southern Africa, Addis Ababa. Data for the 2018 survey and an earlier baseline survey in 2014 are available from the Migrating out of Poverty website.
[5] Further discussion on female Ethiopians migrating to the Middle East as domestic workers can be found in G.A. Zewdu (2018).
[6] Correlations are explored (rather than causation given selection effects) via estimating regressions using ordinary least squares.
[7] Extended families and kinship networks provide crucial assistance in times of need in Ethiopia, such as providing help during a health crisis discussed by Krishnan and Sciubba (2009) and covering funeral costs by setting up funeral societies as found by Dercon et al (2006).
No comments:

Behind the research: Joseph Teye 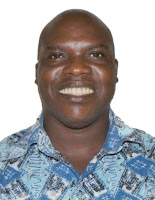 Joseph has worked with the Migrating out of Poverty programme as a member of the Ghana research team for all three phases. He was the Ghanaian-based lead investigator of the ‘Migration into Cities’ and the ‘Income and Remittances’ research projects. He also participated, as a researcher, in all the other consortium research projects in Ghana.

I have learned that in order to enhance the impact of any research project, there is a need to design a comprehensive research uptake plan at the inception phase of the project. I also found the appointment and training of research uptake officers to engage stakeholders very useful in enhancing the project impacts.

Working with the programme has enhanced my capacity to work with researchers from various academic backgrounds. Involvement in the programme has also increased the visibility and research management capacity of the Centre for Migration Studies.

I am proud of the fact that the Migrating out of Poverty research outputs are being used to develop migration and development policies in Ghana and elsewhere in Africa.

Thank you for all your hard work with the Migrating out of Poverty programme, Joseph!