Buduburam in the Gomoa region of Ghana, west of Accra: From refugee camp to self-sufficient community 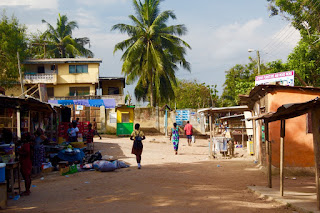 Liberian refugees have been displaced in Ghana since 1990. The Gomoa-Buduburam refugee camp, located 35 km west of Accra, was initially built to host these refugees escaping the civil war in Liberia. Given the nature of their move, Liberians were afforded protection by the Government of Ghana. Initially, the United Nations High Commissioner for Refugees (UNHCR) provided the settlement’s residents with aid and relief to the refugees but by 2007, UNHCR started to advocate the return of the refugees since peace had come to the country. The Government of Ghana followed UNHCR’s steps and actively promoted voluntary return to Liberia. At that time there were an estimated 40,000 refugees in the camp. In 2011, the Deputy Minister of Information in Ghana stated that “Buduburam is no longer needed and that the inhabitants should consider returning to Liberia or settling elsewhere in Ghana”. Yet that statement did not persuade the refugees to leave.

Fast-forward to today, when visiting the settlement, currently managed by the National Disaster Management Organization (NADMO), I came to find a peaceful, structured and multi-cultural place. A place where its residents have access to basic commodities and services, such as water, food and sanitation. In the settlement there is also a hospital, police posts, fire service posts, a school, a place of worship, a Liberian cultural centre, numerous shops and markets, and a security system. Many of its inhabitants engage in farming, trading, or small business.
A significant number of the remaining community of first and second generations of Liberians, sees in the Buduburam settlement their home; while some of them were buried in Gomoa, others were born in Gomoa.
Who has left and who has stayed?
Since peace came to Liberia and the country became politically stable, 18,642 refugees have voluntarily repatriated.
Byrne (2013) argues that the concept of identity influences refugees’ likelihood of finding a durable solution. The sense of national identity, namely being born in Ghana, is an important indicator about a refugee’s desire to remain in Ghana. As Byrne explains, this demonstrates an emphasis on ethno-cultural concepts of identity over civic or legalistic concepts of identity. Those with strong ethnic bloodlines or ancestry, and Liberian national identities would be least likely candidates for local integration.
Durable Solutions
The Ministerial Committee has been tasked by the Ministry of the Interior, to make recommendations for the Buduburam refugee settlement closure. In theory, there are three durable solutions to exile:

Voluntary Repatriation:
Voluntary repatriation has been considered by some to be one of the most durable solutions for refugees, since returning to one’s root is the best way to redress the situation of those in exile. Still, it is worth asking if return is indeed desired, advisable and/or possible for them. According to Yeboah (2015), some of their concerns about repatriation include: the possibility of attack or punitive action back home, and whether or not they would have access to shelter, health care, quality education, employment, and skills training services. Lastly, they anticipate financial compensations to cover for their lost belongings during the conflict, which is not necessarily going to come to fruition.

By 2007, UNHCR had ceased its repatriation efforts due to the lack of interest from Liberians.

Resettlement to a third country of asylum:
According to Teye (2010), an important factor why many refugees do not consider voluntaryrepatriation or local integration as durable solutions is their desire to join a resettlement programme elsewhere, instead. Even though this is their preferred alternative, less than 1% of refugees are resettled worldwide. Despite the calm and peaceful environment in the settlement, I could feel that my presence raised apprehension among the people living in the settlement. Inhabitants distrust outsiders as they feel constantly threatened with the possibility of having to abandon their homes. Uncertainty comes with a lot of fears; whether they will be forced to repatriate, or forced to integrate, for the past 20 years Liberian refugees have been living in limbo. More than anything, communication would solve a lot of problems. People do not know what their status is, what the national health insurance card means for them, and they do not have information either about what is available when they return.

All in all, voluntary repatriation, local integration and resettlement to a third country have been widely accepted in literature as durable solutions to refugees, however, these solutions have not been fully materialized and refugees’ expectations, to improve their standard of living and find safe haven from persecution, have not been fulfilled. It is important to remember that under national law, refugees who are being integrated are entitled to the same rights and benefits as are nationals. However, considering what they have experienced, we should consider that they will likely need more support. Policies and measures to protect refugees and grant them rights should consider the identified factors that would make them self-reliant while taking note of their varying background characteristics. Displaced people, like any people, have different dreams, needs and goals that need to be accommodated in this process. 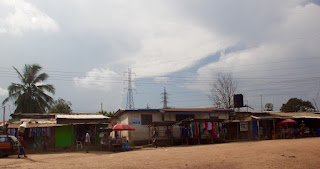 Mariana Chambel is a Migrating out of Poverty Communications Research Assistant based at the University of Ghana, Centre for Migration Studies.