Reflections on the Gendered Dimensions of Migration: Material and Social Outcomes of South-South Migration Conference 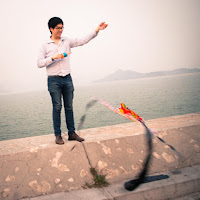 Held in conjunction with the Migrating out of Poverty (MOOP) consortium in July 2015, academics and researchers crammed into ARI’s seminar rooms for the exciting three-day conference Gendered Dimensions of Migration: Material and Social Outcomes of South-South Migration, that drew international attendance from MOOP partners and beyond. With over 20 presentations by academics from the UK, Singapore, South Africa, Bangladesh, Indonesia, Hong Kong, India, Ghana, Kenya, and Australia, the conference proved fruitful in bringing together ideas from diverse, interdisciplinary projects that allowed for peer review, networking, and reflections on the latest work being conducted in the field of migration.
In general, presentations were listed under four main themes: Labour and Mobility Regimes; Images of Gender, Migration, and Development; Gender Dynamics in the Labour Market; and Expectations and Moralities Surrounding Remittances. Though the conference was pitched mainly at an academic crowd, the Gender Dynamics and Remittances themes were also elaborated upon during two policy roundtable sessions attended by representatives from the World Bank, the International Labour Organisation (ILO), the International Organisation for Migration (IOM), the Asia Development Bank (ADB), and others.


A complaint that was echoed by attendees was the lack of communication and uptake of research findings by policymakers as well as the lack of policymaker attendance to such conferences. The roundtable provided an invaluable interface between the research being carried out and how findings may be put into practice.
The tone of the conference was set by Trond Waage of the University of Tromsø, Norway on the first day during his keynote speech. Presenting his film, ‘Les Mairuuwas’, Trond’s visual ethnography detailed the tumultuous lives of Central African Republic (CAR) refugees trying to forge a life for themselves as water transporters in Ngaoundéré, Cameroon. Though their journeys were often underwritten by struggle and hardship, their migratory journeys were also punctuated by a sense of solidarity and camaraderie.
In many ways Trond’s film echoed the theme of the second keynote speech by Deidre McKay of Keele University, UK. Deidre’s multi-sited, ethnographic work detailing the lives of Filipino domestic workers shared the common theme of aspiration. Though the migrants in the two cases presented are divided by different roots and backstories, they share a common desire for ‘progress’ and a better future. McKay revealed the extent of the role of migration in the development of whole towns and villages. From vanity building projects symbolic of migrant success to the more mundane balikbayan box of gifts and everyday goods sent from overseas migrants, her presentation showed how migration is a profoundly human phenomenon.
An interesting theme that emerged from the policy roundtable discussion was the recurring issue of migration cost. Dilip Ratha of the World Bank spoke about his ‘$100 billion idea’: to eradicate, or dramatically reduce, the cost for workers to migrate. This chimes well with findings within the MOOP consortium that unskilled labourers often finance their migration through debt, which exposes them to a greater potential for exploitation. This resonated with Katharine Jones’ (Centre for Trust, Peace and Social Relations, Coventry University, UK) mapping of the sprawling networks of profit-making stakeholders in the migration process. Dilip elaborated how migration could contribute to economic development and how its potential could be unlocked by lowering the barriers to entry into international labour markets.


The conference greatly benefitted from the interdisciplinary nature of the papers as well as the accessible way in which they were presented. With inputs from across the social sciences, the conference proved to be an engaging, challenging, and valuable platform through which migration – one of the most powerful forces of contemporary social change – was discussed and understood.
Alex Ma is the 2015 Migrating out of Poverty funded intern at the Asia Research Institute (ARI), National University of Singapore. To view the storify summary of the conference please visit:  https://storify.com/MigrationRPC/gendered-dimensions-of-migration-material-and-soci