Trafficking of women, chasing away our own demons and women’s rights 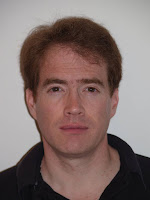 We have all heard the shocking accounts of women seeking jobs, who are subsequently tricked and trapped into sexual slavery, sweatshops, domestic bondage and other forms of abuse.  While human trafficking is of enormous concern, perhaps, on this day that recognises the rights of women, we need to think about whether the way we are framing the problem of “trafficking in women and girls” fuels further or poses different problems for aspiring female migrants.

Might there be something insidious about what these accounts of trafficking in women say and do not say?

The discourse that warns us about the risks related to trafficking starts at home with stories of the little red riding hood, Sita and the laxman rekha, or women advised to stay at home and avoid engaging with “non muhrams” if they do venture outside. A similar discourse emerges in popular culture. For instance blockbuster movies show villains and creeps kidnapping and abusing women seeking to earn a living. Again the same discourse emerges in media: news services and newspapers routinely feature stories of women who were pimped into prostitution, domestic workers who were beaten, raped or killed. Police and politicians report to the media their latest crack downs on human traffickers. Aid agencies issue press releases highlighting the staggering numbers of women who are regularly trafficked across the globe.

Many narratives about human trafficking have something in common. In a closer reading, a common implicit message appears to be that women who venture out are treading into a dangerous world where they risk violence or sexual abuse. While in some cases, these reports may be true, these tales or the way the issue is framed rarely give a full and complete picture of female migration. For example, the narratives rarely delve into why women might leave their homes (e.g., devastating poverty, hopes for a better future, restrictions or even violence at home). These perspectives seldom explain what motivates middlemen and employers to seek out and employ them. Violence and sex is brought to the fore while making a living and employment are glossed over. Patriarchal archetypes seem to frame many perceptions.

We may think we’re familiar with hearing about this violence and that we therefore know how to address it, but do we? Violent images and text that we remember from such accounts can have powerful lasting effects on the way we view the world and what we chose to do about it. It stokes visceral fears of what might happen and it fuels search for protection—maybe ‘over-protection’. Accounts of violence shape our feelings, our behaviours and the moral discourse of how to respond to the perceptions of vulnerabilities of women who seek to improve their lives and the lives of their families.

Imagine a different way of framing the discourse: how about approaching trafficking in women by addressing women’s need for employment, focusing on issues such as domestic violence, women’s rights, gender equity, unemployment and under-employment of women in home communities, by looking for solutions to these problems in both source communities as well as destination areas. While such reporting does exist, more of it is necessary.

Unfortunately a lot of the efforts to combat trafficking of women are in fact rooted in deep patriarchal biases. According to research by the International Labour Organisation (ILO) and the Global Alliance against Trafficking of Women (GAATW), bans on women migrating actually make it more difficult for women to seek a living—and do not necessarily reduce their risk of abuse. Governments have used bans on women migrating in the belief that this will protect them and increase their safety. However in a recent policy brief for Governments in South Asia, the ILO in fact recommends measures to uphold the human rights of migrant women, emphasizing women’s right to mobility to reduce their vulnerability to human trafficking. Other policies that restrict women’s mobility include sponsorship policies inciting employers to limit the mobility of migrant domestic workers outside their homes. On this day when we celebrate women, it is important to confront many of the social and gender stereotypes about efforts to combat trafficking of women and reframe these dialogues in terms of women’s rights to gender equitable home lives, mobility and employment.

Igor Bosc is Chief Technical Adviser at the International Labour Organization (ILO) working on the Work in Freedom Programme - a UK Aid funded partnership initiative to find effective ways of preventing trafficking of women in South Asia and the Middle East. See also his questions and thoughts on the framing of the human trafficking discourse, Why framing the discourse on human trafficking is important - some thoughts.