Senegalese migrant women in Spain: between the weight of tradition and empowerment strategies

By Benoît Tine and Dorte Thorsen

Through their status as heads of households, men take the lead in the Kolda region of southern Senegal. They are the ones taking care of everything in the public sphere. The weight of culture is so heavy and so deeply rooted in everyday habits that women have difficulty making their voices heard. Often they are relegated to the private sphere, occupied with reproductive work, child rearing and household chores. Empowerment in such a context is difficult for most women, even for the few who take up transnational migrant work.

It is in this socio-cultural context, contrary to the norm, that Mr. Baldé, a married man with three children, arranged for his wife to migrate to Spain to work in 2008. She was one of 700 Senegalese women who migrated under a bilateral framework agreement between Senegal and Spain that, according to Tandian and Bergh, aimed to fill a gap in the Spanish labour market and to foster development in the country of origin.

From a policy perspective, the recruitment of Senegalese women into the global labour force of temporary farm workers seemed well within this aim. However, the recruitment was underpinned by assumptions about women’s automatic empowerment through waged work, the benefit of women’s nimble fingers, and female migrants being more compliant with the rules of temporary contracts. It was assumed that women would be more likely than male migrants to return home once the contract ended. 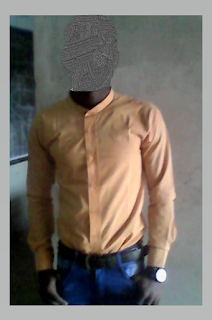 Mr. Baldé was oblivious to those aims. The registration of his wife for migration was not about her individual empowerment but about the betterment of their nuclear household. Just how rare this step was, was reflected in the resentment that his parents, relatives and neighbours harboured for a long time. They were irked by the fact that he had not followed the usual pattern of favouring his lineage by registering his sisters or cousins, and they told him that he would lose his wife.

In the face of their critique, he was relieved that his wife sent most of her earnings to him - of the 600,000 CFA francs (approx. £800) she earned, she sent 500,000 CFA francs (approx. £675), which amounted to ten times his salary. At the end of her first contract, he persuaded her to stay in Spain even though her life became much harder, as she no longer had papers. Eventually, she obtained residence papers in Spain and Mr. Baldé was pleased that his wife returned for a three-month holiday in 2016. She did him proud. He described how she behaved as if she had never travelled, surprising people by taking a motorcycle taxi to the market like everyone else and informing him about her activities. “As before her migration”, Mr. Baldé said, “it was my orders that were followed at home. My wife returned to being the submissive wife, the mother who educates and takes care of her household as if nothing had happened”.

The question of women’s empowerment remains. It is indeed debatable whether migrant work empowers women when, as soon as they are home, they are required to abide by restrictive patriarchal norms. Considering the affective sentiments that migrants may harbour for particular relatives and more generally for their home community, they may choose to emphasise one side of themselves during a visit and conceal other identities they have appropriated as migrants. In the realm of empowerment, it raises the question of whether women’s public behaviour reflect what actually goes on behind closed doors in the home. Moreover, the conditions under which temporary farm labour and irregular migrants work and live do not necessarily nurture a sense of empowerment. Thus, it is important to explore how, and under what circumstances, temporary migration can lead to women’s empowerment.

Read about Migrating out of Poverty's work on Gender and Generation here.